The Enlightenment of Gautama Buddha

If you have ever wondered what is Buddha Meditation, and how Gautama Buddha achieved His enlightenment, here how the story goes. Gautama Buddha started His spiritual meditative journey by raising His consciousness, every second and every minute of every day, and He was doing so for long seven year. At the beginning, He had to pass through the strata of His own thoughts and emotions, which was a very painful process in itself. When He successfully completed this stage of development, then, he started focusing His concentrated love upwards, and in doing so he started the next stage – which meant penetrating layer by layer in the earthly atmosphere made out of human creations. 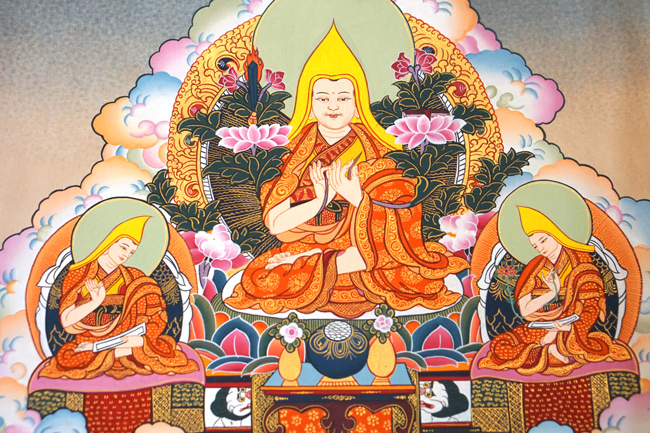 Immediately after His awareness was lifted up beyond the lower material atmosphere occupied with the decaying human thoughts, a region of intense light appeared in front of Him and there He found some chaste spirits. A number of Truth seekers with lesser desire for enlightenment were present in this region, feeling in their hearts that they had fulfilled their aim. After returning from this plane, those Truth seekers spoke of Heaven with streets of gold and Angelic choirs – and they felt they had achieved the highlight of their lives. They were indeed honest, it was indeed the Truth they were reporting, but for Gautama Buddha it was not the ultimate.

Guarded by the invisible God’s Presence, Buddha lifted up His consciousness even higher, and He found Himself in the area where beings, who had earned the privilege to live in the higher mental bodies, dwelled during their night sleep. On their come back from that world, they would report about their insights and enlightenments. This was their Truth that they were transferring to their followers. This Truth was extremely beneficial for them, because it was the ultimate experience that their consciousness was able to accommodate without being disturbed.

This was not the ultimate for Gautama Buddha. He pushed further and further until he ended up in the plane of Divine light. It was the region where the Ideas and Thoughts of God were rhytmically pulsating in the ether. Here He mannaged to find only a few amongst the strongest sons and daughters of man. They were there, witnessing the perfection of the world of Ideas and Thoughts. On returning from this world, they were overwhelmed with enthusiasm and zeal, reporting in rapture of the Truth they found. With their inspired speech they attracted many followers amongst the sons and daughters of the earth and they all together were celebrating and rejoicing.

For Beloved Gautama Buddha it was not the ultimate Truth. He tried to achieve even greater spiritual awakening. He went on and on and finally He arrived in the Heart of Love within the Great Presence of Father-Mother-God. Buddha started witnessing that Love is everything. And when Beloved Gautama Buddha returned He did not say anything – there was no need for Him to say: “I did this or I did that” because He Himself had become Love.

This is how the entire life of the Beloved Gautama Buddha became a meditation, having to perform no specific meditation techniques per se.

How long did it take Gautama Buddha to attain meditation?

I guess, your question is actually how long did it take Gautama Buddha to achieve enlightenment. It is really hard to speak of time frames from our today's perspective. I guess the best answer to your question is to paraphrase the answer bellowed Buddha gave to one of his students when approached with the question of exact time needed for achieving enlightenment. The student asked if it would be enough to meditate 10 hours a day. Gautama Buddha answered that it might take 10 years. And when the student asked how long would it take if he put 20 hours of daily meditation, the reply was maybe 20 years. So the student asked how come more effort required more time to realize the goal, and Gautama Buddha replied that being obsessed with the goal was not a good thing, and it fact, could hinder the accomplishment.

Gautam Budda achieved nirvana for 7 weeks under the boditree. Boditree is like a cosmic collector. Nirvana achievement is impossible to short duration, but Budda achieved enlightenment because his god. Nirvana means 1000 pedals in brain by mean most tallest. His is due to a lot of knowledge. No one has equal his, all try to achieve the nirvana.

Many thanks for giving great insights into the life of Buddha and how he achieved enlightenment... I am beginning to feel that Hinduism is same as Buddhism but may be one level below in the pursuit of ultimate enlightenment compared to Buddhism...And I have no doubt that these two religions are only true religions in the world...

Lord gauthama buddha was attain to supreme enlightment higher mind and great compassion arise at the time very powerful aliens attracted to the earth they lived millions of light years far beyond the universe to listen the sermons of gauthama buddha.

Pure and cure thy blessings!
Beyond those bleak and blind bond showers elixir sweet singings;
Thine eternal voice echoes in my
Internal shrine to shine,
Carry me to those pure starry of parry parade to pervade and sink in those deliverance divine.