Best Inspiring Yoga Book Ever: The Story of Yogananda

There are many yoga books. Most of them are excellent, but there are also several exceptional ones. On the top of the pyramid, however, there can be only one - the best Yoga book of all time. Before going into details here is the name of this book: Autobiography of a Yogi by Paramahansa Yogananda.

If you have never read this book, look no further. It is a must for every individual on the path of spiritual enlightenment. This includes those who practice yoga, but also those who want to walk the path of self growth regardless of particular method, teaching or technique. You can buy this best yoga book ever written here

It is very affordable, so do not forget to check the price. And you will get a Bonus CD too. 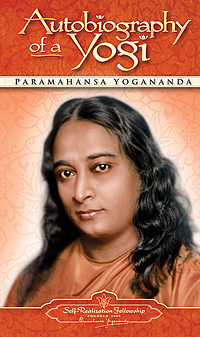 While most of the yoga books deal with technical issues, describing for example how to perform certain asanas (correct postures) of Hatha Yoga, or how to execute rhythmical breathing called pranayama, the Autobiography of a Yogi will not bother you with technical instructions. Instead you will get a fascinating and inspiring story about the life of the Yogi who has for the first time introduced Yoga to the general Western population. 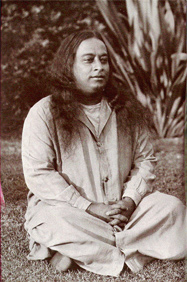 His contribution had a strong impact. Yogananda helped in expanding the awareness of the spiritual seekers in the West hungry for the Eastern spiritual wisdom. He established the Self-Realization Fellowship, with its numerous meditation clubs, where the teaching and methods of yoga were presented, not as something mystical, but as a very practical and applicable science of personal and spiritual development.

I remember reading this book for the first time a couple of years ago, and I did it in a blink of an eye. It got so inspired that I immediately increased the intensity of my yoga exercises and meditation.

Especially breathtaking I find the first encounter between Yogananda and his guru, the famous Swami Sri Yukteswar. If you have ever wondered what the real teacher-student relationship should look like, seek no further. It is a true confirmation of the saying: "When the student is ready the teacher will appear".

This book will also help you realize, through the description of Yogananda's numerous spiritual journey, how great the desire for spiritual knowledge should be in order to reach self realization and enlightenment.

If this was not enough to convince you, let me ask you a question. Do you know what the best selling Yoga and Spirituality Book of all times is? Yes, you may guess the answer. It is precisely the Autobiography of a Yogi

Here are several of the most famous quotes from this book:

Live quietly in the moment and see the beauty of all before you. The future will take care of itself... - Paramahansa Yogananda

You may control a mad elephant; You may shut the mouth of the bear and the tiger; Ride the lion and play with the cobra; By alchemy you may learn your livelihood; You may wander through the universe incognito; Make vassals of the gods; be ever youthful; You may walk in water and live in fire; But control of the mind is better and more difficult. - Paramahansa Yogananda

The deeper the Self-realization of a man, the more he influences the whole universe by his subtle spiritual vibrations, and the less he himself is affected by the phenomenal flux. - Paramahansa Yogananda

I agree that the book is inspiring, for a beginner anyhow. But if you are searching for something deeper and more substantial, you won't find it here. Yes it is a classic book of spiritual literature, but the spirituality this book talks about is a sort of sanitized and displaced Hinduism.

Actually, Yogananda's teacher, Swami Yukteshwar, asked Yogananda to write a book about his teacher Lahiri Mahasaya. Lahiri Mahasaya was really a great Kriya Yoga master. He was a disciple of the famous guru Babaji. After receiving the knowledge from his master Mahavatar Babaji, he was the one that revived the ancient art of Kriya Yoga and reintroduced this lost practice to the world. But Yogananda never did that.

Moreover, if one reads the book closely, Yogananda's teacher, Yukteshwar, asked him to write a biography of his teacher, Lahari Mahasya. As great a master of Kriya Yoga and astrology Yukteshwar was acknowledged in his day and after, so much more so, his teacher Lahiri Mahasya. Instead, Yogananda wrote an autobiography filled with grand tales.

Kriya Yoga takes a long time to master, and its secrets are revealed when the student is ready.