Magnetite has a positive/negative polarity. This stone can be used to work on the individual biological magnetic field and meridians to balance their polarity, for example, by holding a Magnetite stone in each hand for ten minutes. This is a stone of grounding, but it can also be very efficient in meditation, visualization, and for developing telepathy. It ensures a balanced perspective on life and self-growth and promotes the development of creativity and intuition. As a grounding stone, Magnetite assists in the prompt materialization of our desires. It can be programmed to work for the benefit and healing of our planet Earth.

Magnetite is an iron-like, brownish to gray or black stone. It is never transparent and possesses a characteristic greasy, metallic luster.

In composition, Magnetite is iron oxide, one of the several oxides that iron builds in nature. One of the most notable characteristic of Magnetite is that it is the most magnetic of all natural minerals on our planet. This property was recognized early on and was used to create the first magnetic compasses. 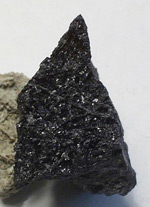 Magnetite reacts with oxygen to produce Hematite, the other form of iron oxide. Nearly all igneous and metamorphic rocks, as well as many sedimentary rocks, contain small amounts of Magnetite.

Magnetite is a very efficient source of magnetic therapy, which is 100 percent pure and natural, in contrast to the therapies based on technologically produced magnets. This stone works on the biomagnetic field of the body, effecting the energy flow through the meridians and acupuncture points.

Each individual body responds differently to magnetic therapy. Sometimes, the results are visible relatively quickly, while in many cases, the improvement comes gradually.

Magnetic therapy is increasingly recognized as an auxiliary therapeutic measure in the treatment of broken bones, burns, and cuts. Magnets improve the blood circulation, balance the pH values of the bodily fluids, and stimulate the production of hormones. They are often placed at the back of the neck, the base of the spine, or on the sore joint to alleviate pain.

As a precautionary measure, persons with pacemakers should avoid working with Magnetite. Also it should be kept away from watches and credit cards.

Magnetite attracts love and abundance, as well as other positive manifestations of life energy. It can be used to remove the negative emotions and to fill the empty space with positive energy. It will help you balance the intellect with the emotions, so that you can build inner stability and well-being.

Magnetite has a harmonizing effect on the functioning of the hypothalamus. It releases blocked energy on all levels, helps raise body heat, and prevents excessive perspiration. Magnetite also regulates the physiological sensations of hunger and thirst. 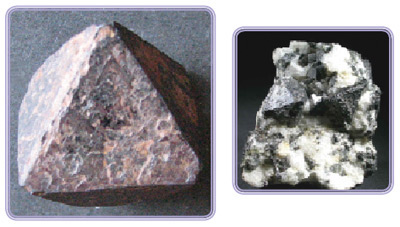 It can be cleansed in a bowl of tumbled Hematite stones. One of the ways to charge Magnetite is to use permanent magnets. 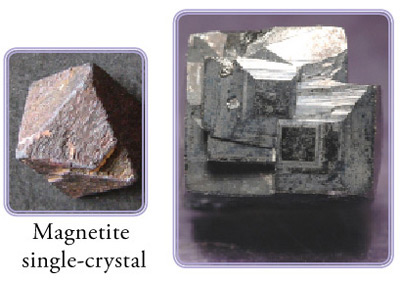