Here's the thing: in my own small way, I am doing my best to save the world. I am heartily sick of not being acknowledged by Prince Philip.

I know what you're thinking, 'He's a grown man, he works in the renewable energy industry, he should be on top of the world.' Well, you're very kind, maybe a little hyperbolic, but I know.  I love my job. I work for a company that's invested in supplying homes and businesses with electricity produced entirely by renewables throughout the country. We've got a community of over 250,000 independent generators, harnessing energy from the wind, sun and sea providing energy that requires no carbon, no nuclear and no fossil fuels. The ladies should be all over me.

But frankly I have been on the receiving end of far too many sideways comments recently and I was able to trace them back to one person: the Duke of Edinburgh himself. Just before Christmas, The Daily Mail published Prince Philip's comments regarding wind farms, which expressed his conviction that they were a “useless disgrace” that couldn't ever exist without massive government subsidies and that anyone  who thought they were a real alternative to nuclear power was “living in a fairytale.” It shouldn't bother me. But in the past few months I've come up against an increasing amount of people expressing similar sentiments. I know it shouldn't get me down but the fact is this level of discourse is increasingly being presented as fact. Certainly The Daily Mail and its ilk like to take every opportunity to diss the IPCC in a manner so simplistic it becomes quite depressing. 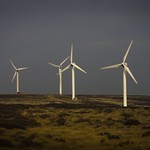 First let's address the notion that those with jobs in renewable energy are the ones living in a fairytale. Well, who sounds more fictional – an industry that dedicates itself to the reduction of carbon emissions and champions co-operative energy solutions that put the means of production in the hands of local communities and businesses, or a guy who's married to a queen? As for relying on government subsidy, I would point the Duke Of Edinburgh in the direction of websites like Microgenius which aim to facilitate community-led government subsidy projects. The site also helps businesses reduce their admin so that they are more able to manage community investors effectively. The fact is that there are businesses and non-profits springing up all the time that are working to make renewable energy a much more self-sustaining enterprise. Yes, wind farms are being subsidised  but the cost of onshore wind subsidies are going down, whereas the price of gas is going up. It's also true that the technology for British offshore wind farms has only been functional for about a decade, and that 15-22% of electricity produced needs to be supplemented by fossil fuels. However, according to independent research from the consultants Mott MacDonald, as the lifespan of the wind plant increases, the most cost effective it becomes i(in terms of the average cost of megawatt per hour) and by 2017,  onshore wind will emerge as the cheapest source of energy. 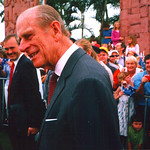 I'm not naïve, I know that the debate about sustainability and renewable energy will continue with or without my or Prince Phillip's input. In fact, considering the Duke's record of media gaffes and shall we say culturally problematic statements on matters of international import, his scorn could actually be more beneficial to the renewable energy industry than not. However, it is worrisome how easily his ideas are disseminated, how the desire for the quick and easy narrative of the namby-pamby environmentalists suckling at the taxpayer's teat erodes the need for patience and persistence when it comes to environmental sustainability.  I may joke about my personal stake in saving the world but the fact is that when it comes to renewable energy there are no heroes, just a series of slow, micro victories and incremental policy changes. It's not exciting, it's not sexy and it's not much of a story. But it definitely isn't a fairytale either.