This is a black, opaque stone with an uneven surface. It is very dry to the touch. When polished, it can have a high luster.

The name Tektite comes from the Greek word tektos, which means “molten”. Tektites are natural glass objects of meteorite origin. They are discovered as part of the driest rocks with average water content less than 0.005%. This is very unusual, as most of the craters where Tektites are dug out have been under water at the time of the fall of the meteors. Some of the Tektites are found with molten Zircons in their interior. It suggests that Tektites have been formed at very high temperatures and pressures that are not commonly encountered on Earth. Such conditions can create new compounds. The age of the Tektites is estimated at about ten million years.

There are other theories about the origin of Tektites. Because there are no noble gasses inside of them, the possibility of long distance travel across Cosmic space is less likely. The alternative theory is that they originate from the Moon. Some specimens brought to Earth from the Moon showed similar composition as some of the Tektites. However, not all Tektites display these similarities. Therefore, their origin still remains a mystery to date.

More than 2000 years ago, the Chinese people revered Tektite as a calligraphic pen of the Thunder god. Australian Aborigine tribes believed that Tektites bring good luck. In India, Tektites are considered among the sacred gems of God Krishna.

The Tibetan Tektite is a stone of strong energies, capable of awakening the Kundalini energy. It is thought to expand the consciousness, bring insights and clairvoyance, and deepen the exploration of one’s dreams. 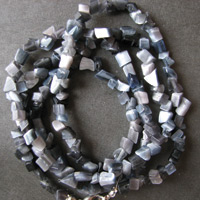 Tektites are useful for acquiring wisdom and knowledge, getting support, and overcoming emotional crises.

Tektites can be used for extraterrestrial communication, astral travel, and inducing lucid dreams. These stones can strengthen the human energy field. They bring us back to our spiritual core and help us loosen up the strong connection with the material side of life. 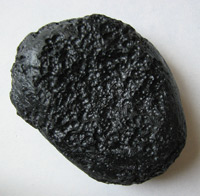 In healing, Tektite is usually placed on the forehead, where its energy penetrates deep into the body and has strong impact on all organs.

When used for healing, it should be cleansed often with running water. The charging is best done using the intense sunlight at around noon.

Moldavite, just like Tektite, originates from meteorites that a long time ago hit the basin of river Vltava in Czech Republic. This is the only place where this beautiful green stone is found. Moldavite can have air bubbles within. When faceted, it can be turned into a magnificent gem. Given that the origin of this stone is extraterrestrial, some people consider it a messenger from the higher worlds.

Some believe Moldavite is able to cure leprosy, cholera, jaundice, and polio. It is also thought to protect against cancer, prevent metastasis, and improve the immune system and blood circulation. 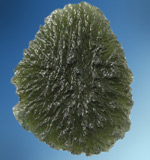 Moldavite can be used for out of body travel. In that case, it should be put on the heart chakra. Moldavite can also help in self-realization and achieving enlightenment. With its warm and pleasant irradiation, Moldavite brings joy and positive mental attitude.

Moldavite should be discharged once a month. It should be charged in the sunlight.

I would love to know more about my immediate future ..

Hi Anthony
Thanks for the comment. One doesn't actually need a stone for that. Our future is determined by our present actions, thoughts, emotions, and desires. It is as simple as that. \

^^what a great response! Thank you for such am eloquent reminder
Just bought my first piece of tektite about an hour ago, stopped at the grocery store on the way home and had it in my pocket. While shopping I was approached by a young man wearing a piece of moldavite- it was so random, so cool!!! A bit off topic, just had to share with someone who would get it.
Great article, thank you!

Thanks for sharing Jackie. We are happy for you. Have a lot of fun with your new stone.

Wow,I live in Thailand
(phetchabun) and we have 18rai of land. We have found about 7 of these tektite and we have been having some lucid dreams lately before we found these tektite. Thanks for the information on these tektite. ( my family not just me has had lucid dreams) and some family members has seen what describes to be the same person in my mum's dream and my auntie stayed for the night had a lucid dream and woke up went to the toilet ( our bathroom is a knockdown bathroom ) ( which is outside ) and saw what describes to be the same person in the car sleeping she didnt pay too much attention because she thought the man seemed to be my dad ( my dad was in his room sleeping ) and this man was wearing the same outfit as my mum's first dream she had sleeping here( this was before we even found these tektite ) I think their must be a lot of these tektite around Here ( we found them when we were ploughing the land )

any buyers of Tektite stones here?

i am from Italy hello. Can you help me translate? /rardor

I would like to help you, but I don't understand exactly how.

Thank you very much for the invitation . Best wishes.
PS: How are you? I am from France

I love my tektite.Felt strong energy whilst holding it Thank you for your article and helpful information Libyan glass is amazing too.

this was one of the first crystals I picked and the energy that instantly went through my body was amazing, a very very strong crystal for sure, excited for the journey!