The Life Order Behind the Celestial Body

It seems like man had been born religious and spiritual; not only he needed food and water but he sought to master surroundings as an inborn desire for progress. His first attempts were to unveil the mystery of what he couldn’t control: the nature and celestial bodies. So it is believed that astrology had developed from early times as a way to connect the humans and everything human related with the cosmos.

Ancient people were skilled in witchcraft and among them there were people that could foresee future events. It is believed that was possible due to their simple life and their attachment to nature. Living in the forests, bathing in the rivers and lakes or up the hills and mountains they were spending their time observing and interpreting the omens of their environment. 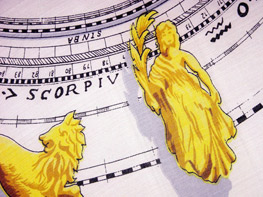 Astrology cannot be thought of without recurring to religiousness and spirituality. As most civilizations believed in different gods and deities, they attributed the creation and the changes of the celestial elements to these divinities; as an example, in Mesopotamia (today Iraq and surrounding regions) the planet Mars was ascribed to war god Nergal or Venus to Ishtar. This could be a reason why even though astrology has a long history it didn't become a science (although nowadays astrologers use complicated mathematical matrices to build their predictions) but it rather remained an empirical practice taught mostly by word of mouth.

The purpose of astrology has always been to foretell events of the future. In the past, people were keener to predict future wars, economic affairs as well as a person’s destiny. The study of the moving planets was useful in predicting the seasons which helped in agriculture activities.

Astrology lost importance in communities as societies have evolved, especially from the beginning of the 17th century when Galileo Galilei started the basis of astronomy. The scientifical revolutions of humanity have put a shadow on an old system of life awareness.

Faith in Destiny - Is it Still a Living Believe?

Many things are controversial to us and astrology is too. Astrologers claim of being able to predict humans’ destinies: for individuals or groups, societies, politics or economics. But the religious groups remind us not allow ourselves to be fooled and tricked by evil means of mind manipulation, while at the same time scientists see astrology just a superstition.

People are already accustomed with the column of the newspapers dedicated to horoscopes - the predictions according to the twelve zodiacal signs. Judging by how often we see in newspapers, magazines, radio and TV we can conclude there must be a significant number of people interested in reading their future predictions. Are they or are you reading for fun or is it in your believe also that this Universe is more than science?! What is life anyway... a sum of monotony, coincidences, serendipity, planned strategy, unpredictable or predictable events? How many times did you plan your life and did it come out like you wanted? Is it destiny or are we the ones who decide the course of our lives...

Horoscopes is your best source to get your daily, weekly and monthly predictions. In addition you can benefit from professional psychic readers or take chances with tarot astrology. Discover what your star signs say about you.