The Meaning of World's Most Popular Mantras

During my meditation practice I have used many mantras. For many of them I didn't even know their meaning. The point is, you can use a mantra that has originated in any spiritual tradition without even knowing its meaning. It will work. The vibrations of the mantra will be beneficial even if you have no clue what you are repeating. But, it is always good to know the symbolism and meaning of the mantras you are using in your meditation. Therefore, in this article I am going to turn your attention to the most common and most popular mantras, in fact, to those I have used in the past personally.

Before going into detail with the meaning of the mantras and for those of you who are not experienced in this type of meditation, let us first see what mantras actually are? Mantras are sounds, words or syllables that, when repeated, can produce a spiritual transformation in your life.

The first step is usually chanting out loud, which if done properly, can help calm your body and promote a serene and pleasant atmosphere. The next step is repeating the mantra in your mind. This process, sometimes called mental chanting, happens on a deeper level and may lead to inner pleasure, bliss and joy. As a helpful tool while chanting, you can use a suitable meditation mala, preferably made of Bodhi tree seeds.

Various types of mantra meditation also offer the possibility to purify your stale thoughts and feelings, and to release your old fears and guilt.

There are numerous mantras that you can use in your spiritual practice. Some of them are simple, others are complex, but more often than not, the meanings of the words you repeat during your mantra meditation are of elusive nature. Therefore, let us examine some of the most important and at the same time most powerful mantras. 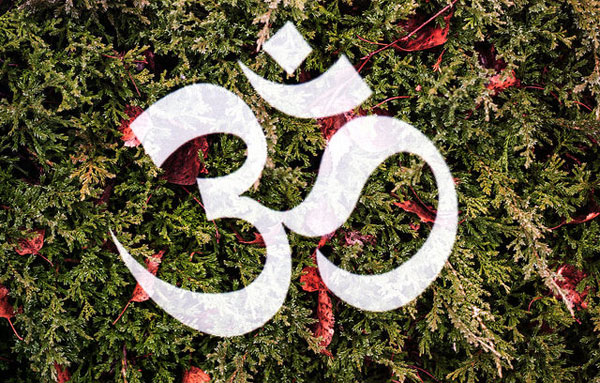 When you think of a mantra, the first thing that comes to mind is Om (Aum). Om (Aum) is the sound of God, it carries within the energy of the Absolute. A - U - M also stands for the three qualitatively different levels of consciousness: A - waking, U - dreaming and M - deep sleep. The waking consciousness is the only lucid type of consciousness we know about, but as we advance on the path of self development, we get more aware of the subconscious and superconscious levels of our being, and the Om mantra is very helpful to accelerate this process.

Om Namah Shivaya is a five syllables mantra. It is one of the most frequently used mantras in the Vedic and Tantric schools. Its origins can be traced down to a Hindu prayer taken from the Yajurveda. Yajurveda contains various mantras that have been used in the Vedic rituals throughout centuries.

When we chant Om Namah Shivaya, we invoke God's energy to come down to us, to promote peace and expand our consciousness as much as possible.

The central part of this mantra, Mani Padme, is translated as "jewel in the lotus" - mani means gem, whereas padme is lotus. The alternative meaning insists that the two words should be considered together, in which case ManiPadme can be translated as jewel-lotus - a quality of the Bodhisattva (Divine representative in a physical body).

This mantra has originated in India, but it soon became popular in Tibet, with some slight alternation of its sounds.

While the popular translation of Om Mani Padme Hum is Behold! The jewel in the lotus!, Dalai Lama of Tibet indicated that there is a much deeper meaning that involves a transformation of one's impure body, speech and mind into the pure qualities of a Buddha. In fact, the deeper view on all of the different mantras insists that the primary focus should not be on their translation or meaning, but rather on the actual transformation and purification in the lower human nature that they promote.

This is a Vaishnava mantra composed of sixteen words. It is also referred to as the maha-mantra. It is thought to be a great deliverance mantra. The Maha mantra is basically composed out of three of the holy names of God from the Sanskrit scriptures. Hare means the energy of God. Krishna and Rama are also names of God in this tradition.

"I love you, I'm sorry, Please forgive me, Thank You"

This is a Ho'oponopono Mantra, taken from the Hawaiian tradition. It has become very popular recently amongst the members of the new age community. The core of this teaching is in the idea that everything that happens to us in our life is our responsibility, even if other people are involved. We take absolute responsibility for our life, because our external reality is but a reflection of our inner reality. So we should always ask for forgiveness, be thankful and love the people around us.

These were some of the world's best known mantras and their meanings. Do you have a favorite mantra that you can share with us? Do you have an alternative interpretation of the meaning of the popular mantras?

Sunny breeze is a member of sunnyray's staff.

its really so helpful.Thank you very much for such priceless words.