The Man of Action and the Miracles: Instances of Perfect Intuition

The fish that paid the temple tax – In Capernaum Jesus was asked for the temple tax. Jesus, as a ‘citizen of the country’, disapproved of paying taxes to the temple. This was a reference to being a ‘citizen of God’s country’ and citizens did not pay taxes in their own country, only foreigners. He was resentful that the Son of Man had to pay taxes to the sinful temple, when he had been sent by His Father to put things right. He ordered Peter to go to the lake and sling His hook. The first fish He caught would have a coin in its mouth. The denomination of the coin would be enough to pay the tax.

Again this goes beyond just some clever working it out. He may have seen lots of kids throwing coins into the lake at a certain spot, as we used to as kids. There may have been a tradition of throwing coins into this part of the lake. We never get the full details of such stories in order to make a reasonable judgement. However, this went beyond a clever intuitive hunch. This was perfect intuition with God. This was a clear knowledge that there was a fish with a coin in its mouth, swimming inshore in just the same way as God knew. He also knew that it would be the first fish caught by Peter. It would have had to be more than a good hunch because He would have looked very silly if it had not come good. Maybe its mouth had been blocked for days with a coin and it was consequently very hungry and first to the line. 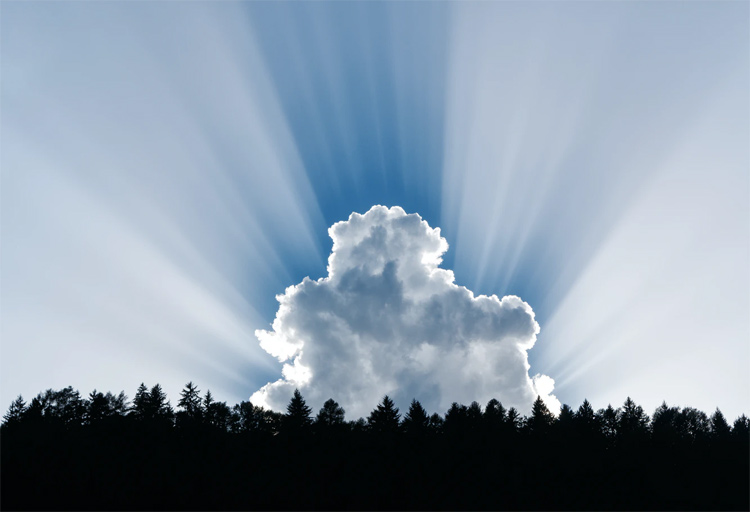 The point is that, however odd, the event was natural. The coin got there naturally and the fish got caught naturally. The miracle in this case was that, by Jesus knowing everything going on around Him, He was able to get everyone out of a tight spot. He prayed for and received the knowledge or awareness and it was provided. The spiritual significance of this is to understand that if you keep a perfect (pure and open) relationship with God you will be granted the fruits of natural intuition.

Striking It Luckily while Fishing

While Jesus was teaching on the shores of the lake Gennesaret, He saw two boats come ashore. Among the fishermen was Simon Peter who Jesus knew. The fishermen left their boats to wash their nets and Jesus got into one of the boats and asked Simon Peter to push Him out so He could hold the audience. He told Simon and his friends to go into deeper water and throw their nets. He already knew that they had caught no fish all night. Simon obliged and they caught so much fish that they filled all the boats. They were astounded that Jesus, without any fishing knowledge, could do this. But Jesus was not guessing or looking for signs of a shoal e.g. bird behaviour, water ripples etc. although these could make sense to an intuitive fisherman. Simon, an experienced fisherman, knew that this was more than that. It was a complete knowledge from a perfect grace with God, as demonstrated in a living man. He had demonstrated the innate power of Man when He develops a perfect relationship with Himself and God.

Not surprisingly, they followed Him for a piece of this action simply because they saw Jesus was an ordinary man with an extraordinary relationship with God, and they could learn from Him. So Simon said, “Go away for I am a sinful man” (Luke 5:8). He already understood that such grace came from being without sin. This man was not supernatural and Jesus made this clear at this point by telling them not to be afraid.

While Jesus was in Jerusalem during Passover, many believed in Him as they saw the miracles He performed. It was said, “But Jesus did not trust Himself to them, because He knew them all. There was no need for anyone to tell Him about them, because He Himself knew what was in their hearts” (John 2:24). Again you see the real power of perfect intuition as the ability to see everything inside people just as God sees everything inside us. In this case Jesus could not trust them, as they believed what He did but did not understand how He did it.

On another occasion, Jesus knew immediately on meeting a Samaritan woman by a well, everything about her. He proceeded to tell her that she had been married five times. She was so astonished that she was convinced of Jesus’ power and listened to Him and what he had to say about the God inside and was converted.

The Spiritual Significance of Perfect Intuition

God does not grant us things especially for us, but a spiritual life especially for us. For example, if there had not been a coin in the fish’s mouth, God would have provided many alternatives in His limitless library of opportunities available in the world at that moment. Jesus says, “All things are possible with God” (Matthew 19:26). He means by this that there are a million ways to skin a cat and God knows them all. He may have instead moved Jesus to exude a certain attitude to get the tax waived or cause a passer-by to pay it.

We may get despondent and feel inadequate when we see such perfect acts of intuition. However, Jesus did not proclaim Himself as leader for nothing. He did show the Way. However, He did encourage people to do the same as He did. He even said that people would come after and do even greater work. However, He never said being pure in heart was easy. He did remind everyone, though, that every tiny step is appreciated, acknowledged and rewarded by God, just as a father would reward a son.

Jesus makes another reference to the fact that God does not intervene in events as was thought in the Old Testament. He is, as Jesus says, always doing things. His rigid laws unfold His creation. Our lives are changed, by discovering what He is doing. To a great extent, we are learning this through science so we can place ourselves to receive good things and avoid bad things. However, by giving ourselves to God (being born again) we can be led by the Holy Spirit into a perfect grace or perfect intuition with God. This will give us knowledge and harmony as a human race far in excess of our mental, emotional and physical capabilities.

So Jesus makes the break with Old Testament thinking and asks, “What about those eighteen people killed in Siloam when the tower fell on them? Do you suppose this proves that they were worse than all the other people living in Jerusalem? No indeed!” (Luke 13:4) What Jesus is saying is that if you are not in grace with God you will not see what God is doing and you are blind and so are likely to harm yourself. God is not cruel when these things happen. He has given you the power to see what He is doing or be in grace with Him. If you choose not to see then you are guilty, not God.

Note that when Jesus meets His Fate He emphasises that He is not blind for He knows His fate and goes to it willingly in order to glorify the Father and His kingdom of Heaven.

About the author: William S Andrews, a personal development coach. He likes helping people cope with their problems. In this case, William has his own section on the website of write my paper service. Moreover, he takes part in various conferences to improve his knowledge and develop new skills.