Mono-crystalline materials are those made out of single crystals. The alternative name is single-crystalline. Silicon — the base element of the entire electronic industry — is a chemical element suitable for producing macroscopic single crystals (mono-Si). This means that the bulk mono-Si wafers consist of regularly distributed silicon atoms that strictly follow one direction in space or one particular plane.

Poly-crystalline materials consist of a huge number of small, microscopic single crystals randomly distributed throughout the macroscopic body of the crystal. “Poly” means “many”, “a great number of”. These small crystallites are different in size and orientation. As the name suggests, the poly-crystalline silicon solar cell is made out of this type of multifaceted silicon material. There are also other types of solar panels which we are not going to talk about in this post, namely, the so called amorphous panels as well as solar panels produced from thin films. 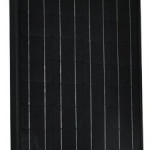 Solar panels produced from mono-Si convert the sun’s energy into electricity much more efficiently than polycrystalline solar panels. The reason for this is simple. The inherent structure of the polycrystalline material involves a lot of impurities, dislocations and boundaries (between the crystallites), effectively diminishing the electronic processes that take place in the solar cells.

To achieve the same efficiency, the polycrystalline silicon panels need more surface area, which means that larger panels are required to produce the same amount of electric energy when compared to the mono-crystalline cells. 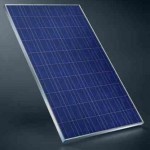 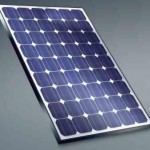 In terms of quality both the poly-crystalline and the mono-crystalline solar panels are comparable — they generate the same amount of electric current (provided, of course that the nominal power is the same, say, 60 Watt), the only difference being their corresponding sizes: for the same declared wattage the monocrystalline panel is smaller.

Note: the standard way of comparing solar panels is based on their performance in ideal conditions. If the working temperature of the solar panel goes beyond 110 F (43 degrees Celsius), as may happen in middle summer in most places, the panels get less efficient. This change is less pronounced with the mono type (up to 15 percent loss) than with the poly type (up to 30 percent loss). This is something to keep in mind when choosing the solar panel which will best suit your needs.

Some examples of realistic solar panels:

Here are two 50 Watt solar panels for comparison. Note the difference in size and weight. There is a sizeable difference in price as well, but this difference might not be typical for the whole class of mono and poly-crystalline panels. 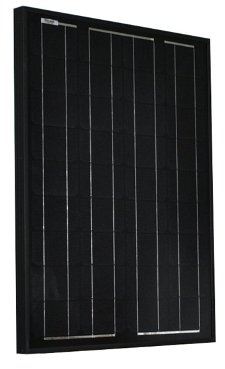 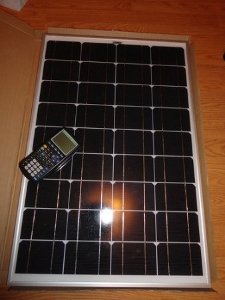 Gregor is a nature lover and environmentalist.

I have a 60 Watt Solar Panel to charge 30Ah Battery. Do I need a charge controller for this?

Yes, in principle, you always want to put a charge controller between the panel and the battery.