Meaning and Metaphysics of Copper and Iron

The connection between Venus and Copper dates back to the ancient, mythological times of Goddess Venus. Legends say that Aphrodite, the Greek equivalent of goddess Venus, was born from the sea on the shores of island Cyprus. The name of this island is the basis for the Latin name of Copper - Cuprum. Not surprisingly, Cyprus is rich in copper and was famous for its copper resources. 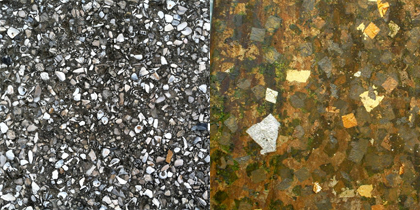 The fact that Aphrodite was born from the sea indicates the connection of copper with the water element. In all spiritual traditions, the water element is the agent of emotions and astrality. Many of the copper salts, as well as the most important copper minerals - Azurite and Malachite - come in the vivid bluish or greenish colors of the sea. Besides, copper readily attracts water in its compounds, and most of them are hydrated.

In contrast, the minerals of Iron, like Pyrite with its cube-like crystals for example, reflect power and strength.

The levels of copper in women are higher than those in men. With iron, the odds are reversed, and men tend to have more iron in their body. Here we see the influence of the corresponding energies of Venus (Copper) and Mars (Iron).

Mythology points to the intimate connection between Venus and Mars. The two archetypes of martian energy, Vulcan and Aries, were romantically involved with Venus. In a similar manner, iron and copper attract each other and their ores are frequently found mixed together.

Copper in elemental state is of reddish color and warm luster, in contract to the cold shine of iron. The duality of Iron and Copper is evident in the objects made out of the two metals: iron objects are strong and durable, while copper objects are less practical and more pleasing to the eye. Copper is so soft and pliable that it has to be mixed with other metals if we want to make an item of more practical use. 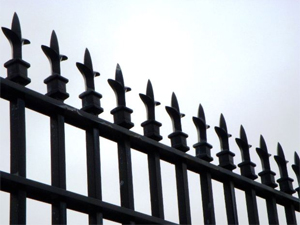 The energy of Mars is always directed toward the realization of some goals. It brings inner activity, determination, focus and direction. In the human body, this energy is apparent in the blood circulation as well as in the processes of speech. The creation of proteins in the liver is the end point of the martian energy in the human body.

People that express the energy of Mars are very active and extrovert. They are often incapable of keeping the accomplished goals, nor have they patience to complete what has been initiated. Instead of nurturing and taking care of the created, the martian energy would rather destroy and create anew. People in this category are gifted with extremely creative forces. They are active, strong, and resolute; they are always in action and rarely think of what they do.

While the activity of Mars is on the outer side, Venus likes to go deep and stay hidden. The processes of Venus are manifested on the cellular level, that is, on the levels where inorganic substance for the fist time enters the organic life streams. The energy of Venus clears the space and makes room for something new to happen. The end point of Venus in the human body is the excretory system, where substance is removed from the life force. Here we also see the dual nature of the relationship between Venus and Mars, because the creation of proteins goes on under martian control, but nourishing of cells is the expression of the energy of Venus. 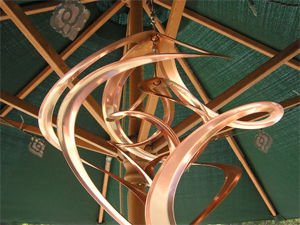 Persons under the influence of Venus are gentle and possess artistic abilities, they tend to let the stream of life carry them wherever it wants. They strive to create harmony and won't bother other people without a careful consideration first.

The soil of the red planet Mars is high in iron, and due to the presence of iron oxide, the planet's surface appears red. Some estimates suggest that there is three times as many iron in the crust of this planet than on Earth.

Out of all seven metals, iron is most earthly in its nature. For example, only iron aligns with the direction of Earth's magnetic field. All other metals enter the composition of Earth's crust with no more than 0.01 percent. Iron, on the other hand, constitutes about 5 percent of the crust.

Mars has always been a planet of war and bloodshed. Its corresponding metal, iron, is symbolically also related to blood. Our blood is red due to the presence of iron in it. Anemic persons lack iron in their blood. They automatically lack the martian character traits of courage, strength and will.

Hi Adams, Thanks for your 2 cents. Best regards.

I wouldn't say that copper is more pleasing to the eye than practical, (however beoutiful the Pink metal is) as in electrodynamics you can see a clear use of the male and female energies. In induction you see the pure copper wrapped around an Iron based core, where current is oscillated in the copper(female) component, inducing magneto motive force the core, in turn inducing an electromotive force in the coil.

You can see the female component of the equation at work, where N(Number of turns,coil), A(Area of core) is where Male and female intersect, N conforming to the size of A. Larger Area decreases N for a given Inductance.

The Equation is as Follows:

I find it amazing how you can see magick in physics and vice versa. I guess the reason more people don't see this is because they're too polarized to look.