Zircon is considered a stone of purity and chastity. This stone is able to help in balancing emotions and increasing self-respect and integrity. Due to its ability to protect against illnesses, injuries, and insomnia, zircon is an ideal talisman for the travelers, enabling them a warm welcome whenever they go. Zircon is said to exhibit magical powers in its battle against evil spirits. It also possesses healing abilities, as it can be used as an antidote and a means for improving digestion. Zircon brings restful sleep and prosperity, and promotes honor and wisdom to the bearer.

Zircon's endless varieties of color can range anywhere from colorless to brown. It can have a remarkable shine, brilliance and clearness. This crystal owns its name to the Arabic words for "gold" and "color". In its natural form zircon is colorless to pale yellow, or greenish in color. These varieties are caused by small amounts of impurity atoms, like thorium and uranium that substitute on the zirconium lattice site in the crystal lattice of zircon. Uranium and thorium are also radioactive elements. Therefore, they have been changing the structure of zircon through centuries, producing amorphous (mostly reddish, brownish, orange, and yellow) forms of this mineral.

On of the most prominent characteristic of this crystal is its variety of colors. The most precious variety is the red zircon, which is not surprisingly the less abundant of all. Similarly, the intense blue specimens are highly priced, while the colorless, orange, brown and yellow ones can be more accessible due to their somewhat lower prices. Many of the zircons on the market are thermally treated in order to get the desired color. The colorless specimens are the best imitators of diamonds, almost matching the glow and fire of their more famous relatives. It is no coincidence then that their alternative name is Mautra Diamonds.

Zircons can be discovered within the matrix of the volcanic rocks (like granites), but also in some types of metamorphous formations. Specimens of exceptional quality (to be used as jewels) are rare, and can be found in the cavities within the matrix.

Main source of zircon is Thailand, Cambodia and Vietnam. Bangkok is a world renowned center for precious zircons. The second in importance is Sri Lanka, known by the endless varieties of the Matura diamond - which is a colorless form zircon. Notable occurrences also include Burma, France, Norway, Australia and Canada.

Zirconium is a relatively heavy element, and this makes zircon one of the heaviest precious stones. In spite of its high hardness, zircon is quite fragile, as internal strain can be formed in the crystal structure. Hyacinth zircon is red, and jacinth zircon is orange. Both varieties have been highly valued by the ancient Arabs, and recorded in the famous book 1001 Arabian nights.

Green zircon has an interesting mythological significance - it is one of the gems on the famous Hindu Kalpa tree, and represents the leaves. The Hindu poets have described the Kalpa tree as a shining assembly of precious gems. The other gems on the tree are: ruby for the Sun, pearls for the Moon, coral for Mars, emerald for Mercury, yellow sapphire for Jupiter, diamonds for Venus, blue sapphire for Saturn, herkimer for Rahu (waxing Moon), and cat's eye for Ketu (waning Moon).

Zircon has often replaced and played a role of support for other jewels and precious stones. Natural zircon has one major misfortune - it has a similar name to cubic zirconia, which is an artificial diamond imitation. Many people are even not aware that there is a beautiful natural precious stone which goes under the name of Zircon. Once can say that Zircon has the misfortune of having a name similar to the name of another stone of inferior quality. 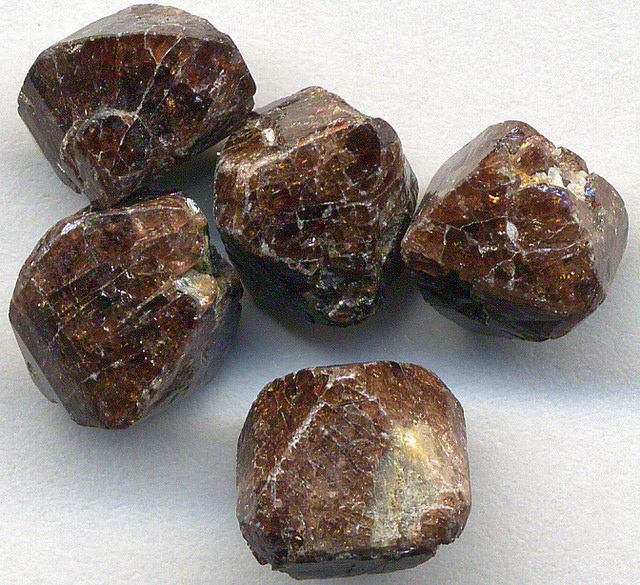 The most common color of Zircon is brownish!

Its great variety, relative rarity, and relatively low price are the major factors that make this wondrous stone so popular among the gem and mineral lovers.

This stone, most commonly found in its brown-red variation, is a birthstone for the month of December. If you are born under the signs of Sagittarius or Capricorn, you can be say your birthstone is one of the oldest minerals found on our planet. When heat treated, it can go translucent or transparent and approach a gem quality appearance. If you own one of these beauties, be careful: although pretty hard, this stone can be very brittle, so make sure the faceted sides of it are well protected against external shocks.

would like to know spritual values of this stone zercon

Great details about Cubic Zirconia. Thanks for sharing this really the content is amazing informative,interesting , motivative also which was i am looking for . please keep updating step by step . zircon vs cubic zirconia